Posted on Jan, 2020, Under Destinations 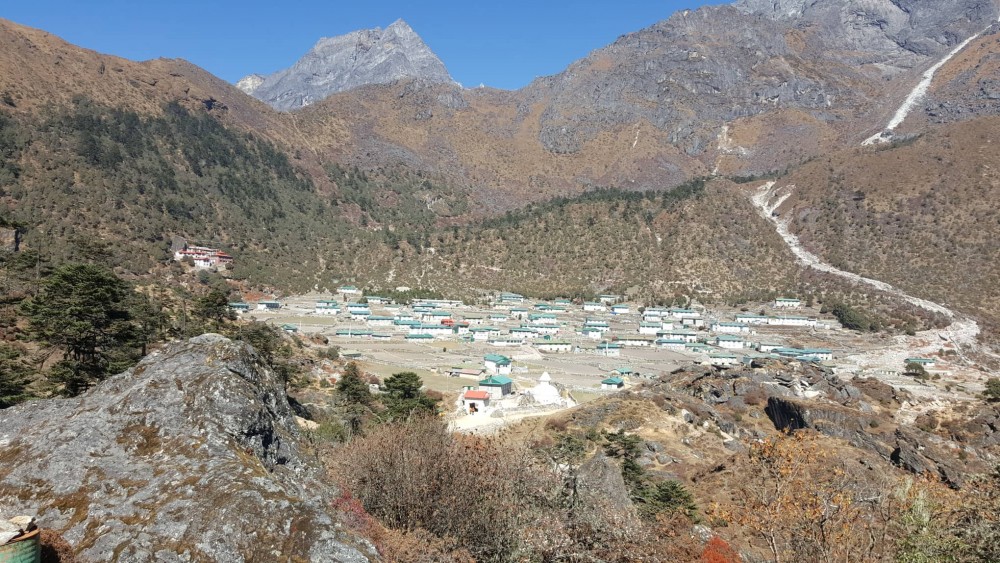 Khumjung is one of the most beautiful hidden valley in the north-eastern part of Solukhumbu District. It is located in Khumbu Pasanglhamu Rural Municipality Ward no. 4, of Solukhumbu in Province No. 1 of north-eastern Nepal. Khumjung is inside Sub-Region of  Sagarmatha National Park, a world heritage site. The elevation of this village is 3,790 meters above sea level and the nearest Mt. is Khumbila, which is one of the high Himalayan peaks of Khumbu. It is said that a monastery in Khumjung has a claimed yeti scalp.  This is a Sherpa village, where traditional Sherpa culture can be seen and all the house are decorated with Sherpa culture. Potato, Barley and wheat is main crops and most of the male are Everest climber and their main occupation is trekking and expedition.  Beautiful School located in Khumjung was built by Sir Edmund Hillary's  1961.

Attraction of Khumjung Valley is its self but there is few holy sacred cave above the village. It is said that Guru Rinpoche (Padmasambhava) stayed in this cave from many days after completing practices at Haleshi, Khotang. One can see amazingly crafted Sanskrit Character on the stone and very clear handprint of yogi too. it is not too hard to reach there but one has to take a little more effort to reach as it is matter with hight. Once you reach there, you will notice and forget all the hard walk because of the beautiful landscape of Khumjung and charming view of Himalayas from the cave. You can notice a cave easily because the cave is decorated with colorful Buddhist prayer flags from outside.