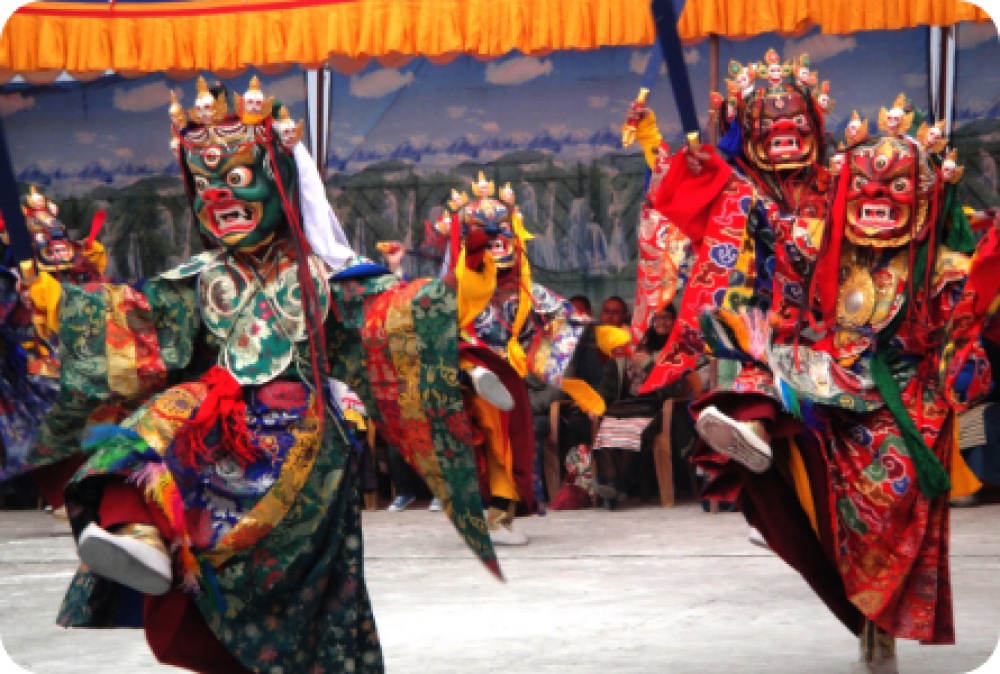 Mani Rimdu festival is one of the ancient festivals of the Sherpa people living in the Solukhumbu. This festival is a total of 19 consecutive day festivities. It concludes with the last three days allocated as public viewing of the festival. The meaning attributed to “Mani Rimdu” is that ‘Mani’ means “part of the chant of Chenrezig” and ‘Rilbu’ or ‘Rimdu’ means small red pills that are blessed during the festival. The red pills are blessed repeatedly and then distributed to all those who attend.

The Mani Rimdu festival is known to have started from Rongbuk monastery. This festival signifies the establishment of Buddhism in Tibet by Guru Rinpoche (Padmasambhava). The dances performed during the festival refers to the mythological events of destroying demons and evil from the world by the positive forces.
In Trulshik Rinpoche‘s estimation, Mani Rimdu started between 1907 and 1910 and moved to Solukhumbu in about 1940. Tengboche was the first monastery in Nepal to perform this festival. According to Jerstad and Furer-Haimendorf, the first Mani Rimdu in Tengboche was performed in 1938. Every year, this festival falls during October or November.