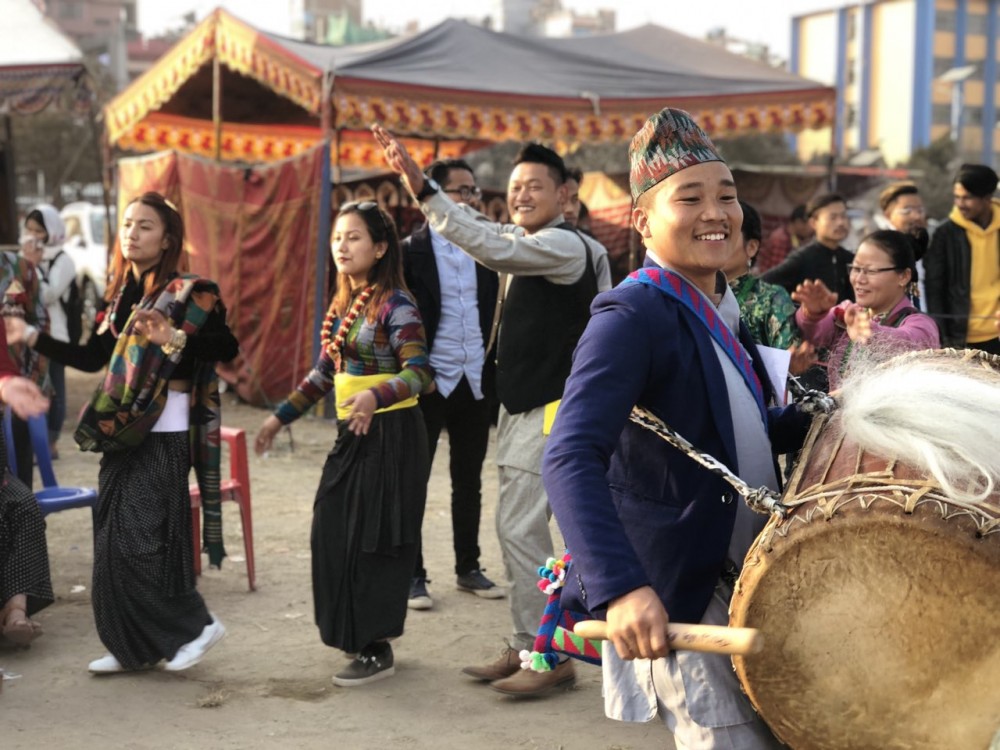 Sakela is the main festivals of Kirant Rai. It is also knowns as Ubhauli and Udhauli festivals of Kirant Rai. Every Kirant Rai have Sub-languages groups and have their different name of Sakela. In terms of khaling Rai language Sakela is called 'Waas', Which means offers of nature and ancestors. They celebrate the Waas/Sakela three times a year. Kirant Rai has followed the lunar calendar. There is not fixed date for Waas festival because it depends on full moon. Ubhauli and Udhauli is celebrated in Baisakh Purnima and Mansire Purnima respectively. Ubhauli is worshiped specially for prosperity, protection from natural disaster and for well production of plants and animals. In the same time all the ancestor (Pitri) is worshiped. Kirant people are animist from the ancient period to still and they respect the nature's powers. They pray with Khyal (Pitri) and nature for the protection, prosperity and good health. Sakela festival is celebrated by the Kirant Rai from ancient time which is guided by Mundum (Holiy book of Rai).  It is celebrated for minimum a week or month. There are various types of Sakela Shili. Different Shili represents the different meaning of their community.  Shili represent the evolution of agriculture to present community of Kirant. These kinds of dance reflect the historical evolution of Kirant Rai Community. Waas is initiated with Nyagi ritual by sparking of hearth. Waas and Nyagi ritual offers simultaneously. Every Khaling Rai village have own Waas alter, which is usually central of village. All villagers collect grains for Waas Chi. Chi is prepared by Waas Nokchho at home with the help of Masimi. Minimum for five days Khaling Rai community don't do any activity of digging and ploughing. All villagers gather at house of Waas Nokchho. All participants dance, drink and sing a ritual song. Man and Women dances have various steps which is called Waas Shili. Usually women dance without instruments and man dances with tails of Yak and Shulyum. Each steps of Shili carries own symbolic meaning. Nature and ancestors is worshiped in Waas festival. It has functioned manifest and latent forms of Khaling Rai norms, values and identity.